A Glimpse into Gainesville’s Black History

Gainesville in general is rooted deep in rich history. As we reach the end of Black History month, its fitting to discuss the important part black entrepreneurs, artists, establishments and business owners played in enhancing the flavor of Gainesville culture. Locals established well known hotels, clubs, schools, publications and stores for the community. These businesses and people may no longer be here but the impact and recorded memories still stand strong. 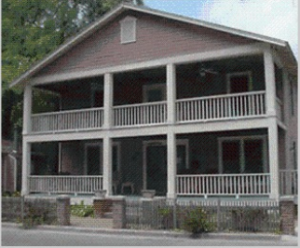 patrons. It was established in 1938 by Joseph and Sophronia Dunbar. The hotel was graced by notable business persons, educators, and musicians like Ella Fitzgerald, B.B. King, and Duke Ellington. After the original hotel started deteriorating in the 1980s, the City of Gainesville restored it and Pleasant Place was established to care for teen moms in need of assistance. In addition to the main house, the small house in the back was converted into a haven for the homeless looking for a transition back to dignity. 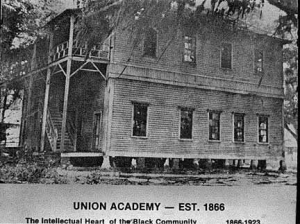 Established in 1886, it was the premier educational setting for most blacks in the area at the time. It was one of the first state-funded grade school for blacks at that time. The academy sat at the southwest corners of NW 1st Street and NW 6th Avenue. The school initially served about 179 students ranging in ages and quickly grew in popularity to over 500. Before the school closed and changed names to what would be known as Lincoln High School. A. Quinn Jones, who the former Lincoln High School building is named, was the last principle at the academy. At the Union Academy’s original location now stands the Rosa Williams Center for recreation.

Josiah Walls
A teacher, politician, lumberman, and entrepreneur all describe Josiah Walls. Mr. Walls was the first black U.S. Congressman from Florida. He served on his post for a total of six years. After leaving congress, it wasn’t until 1992 when another black state representative would serve. In 1873, Wells bought the New Era, the first newspaper owned by a black person. Although he only had it for a year, he merged his business with another local publication, The Farmer’s Journal. Walls was involved in a lot during his time in Gainesville, he even served as mayor. After ending his tenure in politics, Wells went back to farming where he owned a large farm on Paynes Prairie.

Wabash Hall & The Cotton Club
Two great staples in Gainesville back in the 30s, 40s, and 50s. Wabash Hall, which is still standing, has a dancehall on the top floor and a grocery store on the bottom floor owned by the Gills and Glovers. Many Lincoln High Proms and Football victory dances were once held there. Gainesville was a huge tour stop for well known artist at the time such as B.B. King, Ella Fitzgerald and James Brown. The Old Cotton Club welcomed these artist to wow the locals for a night of fun and entertainment. Food was served and was always a hopping spot on the tour circuit. 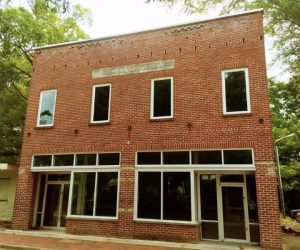 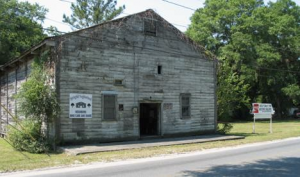 Positive to know all that was happening just a few short years ago here in our backyard of Gainesville. Looking to the past in commemoration of Black History month we can imagine the diverse community that created the robust Lincoln, Pleasant Street, and Seminary communities. As Gainesville continues to grow, we all hope to work together to remain inclusive and diverse for years to come.

By Nadia Alcide of Simply Sociable

Simply Sociable is a boutique administrative consulting firm that understands the importance of leveraging the internet and technology. Simply Sociable specializes in helping small businesses and entrepreneurs to work on their business instead of in it. Nadia Alcide is the founder and a University of Florida alumni.

University of Florida makes strides in sourcing and vendor diversity